Glimpsing for Heaven--What do you see? 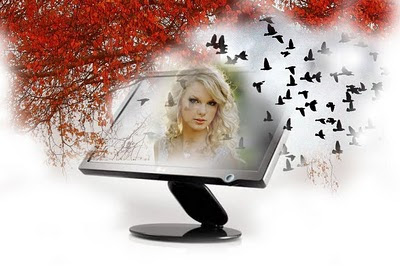 Status update says, “Just saw the awesome trailer for…” and I start to rush over to Apple Trailers to see it too. Why? Because it must be important, right? Right? So I stop myself mid-Google and stare at the half-typed search words. Who am I kidding? I don’t care. I really don’t. I don’t care who the American Idol is this week, or what Brittney Spears was caught saying, or what Barak Obama swears to now, or which Taylor Swift song just showed up on YouTube. Frankly, I couldn’t care less about what app will now let Mafia War ratings cross over into Farmville for a bit of Cow on Horse violence.

Not to be too harsh—maybe, maybe these are really important things. For the sake of argument, let’s assume they are. So they are important, and lots of people are Googling and ogling over the pictures and sounds and tweets of people real and imagined. Looking around the bakery where I’m sitting—it sure seems that way. Of the patrons whose screens are facing me, only one has a non-Facebook-Google-email window open. All the rest franticly sip the overnight gossip with their side of morning coffee while crumbs of irrelevance and bagels fall from their fingers. Oh that one poor sap—the guy slaving over the spreadsheet—is missing out.

Then again, I guess I am too. I’m thinking that heaven will be like a memory fest where Jesus gets to sit down and tell the entirety of history starting with, “A long time ago, in the universe I created…” But this story is not like the kindergarten class—where stern faced teachers remind children not to shout out parts of the story even if they’ve heard it before. In this telling, we’re supposed to interrupt.

Jesus says, “So then I was talking with Cain and told him how sad I was by the emptiness of his sacrifices…” and Abel shouts out, “I was there. I saw that. That was the day when the wheat was high in the field and a flock of geese flew past my brother and me as we were walking out in the field.”

Only it won’t be just the “important” stuff—births and deaths and murders and victories, wars and rumors of wars. He’ll say, “And then on October 28th, 2010, I sent a flock of birds flying over Des Peres Missouri while the leaves were changing colors right in front of anybody willing to watch....” And the audience is silent. Nobody saw it. Nobody but God. That unique flock of birds, moving in just that unique way that—if you watched long enough from the right angle—spelled “Roll Tide” or “Hello friend.” These incredible images of life are the eternal currency of heaven—memories of fleeting glory, like momentary glimpses over the shoulder of God as he conducts the orchestra of history.

Okay—so the Taylor Swift Farmville Wars search is important. And somebody will be called on to shout out the memory of that event during the telling and retelling of the ancient tale of God brining redemption to all creation. But how many other details go unnoticed because we are so busy living our lives through other people? Heaven isn’t like the Thanksgiving table—where too-oft repeated details of mark and memory cause the audience to groan and eye-roll with the “not again.” Captive, we’ll all sit with unblinking attention, gasping with awe-filled amazement at the facets of redemption carried from this life into the next through the vehicle of memory.

But I’m thinking someone will need to fill in the detail of the perfect Fall tree on Burgundy Lane that—on October 28, 2010—was bare on top, red in the middle, yellow below that and green at the bottom. A tree that, like the whole of all the seasons of a year, captured for a moment everything in the morning light of a sun that was filtered dreamlike by thin sheets of mist. In fact, I’m banking on it, and turn my eyes to that glory of eternity that, like Christ himself once did, somehow found itself as part of the unfolding story of redemption. In turning, I’m missing something else—I’m sure. But one can only see one thing at a time.

Jesus says, “…and then I made the light fall just so and it landed…” and he welcomes my interruption as I stand amongst the redeemed throng of the sheep and say, “I saw that.”

The crowd leans forward in awe. Christ laughs. And the unfolding retelling goes on.

What will you see today?
Posted by Unknown at 11:57 AM No comments:

These vacant shells of once-lived lives are shadows of my past, reflections of years traversed through the heart of Alabama. I know these hills and trees, and clapboard houses falling down. What the creeping passage of time does not consume, the rush of years will. And what the rush of years does not consume, the harsh heat of days will. And what the harsh heat of days does not consume, Kudzu will. Until, the downward flowing years of humanity are shadows, and shadows of shadows: a rusty mailbox with a bent flag, and five black men gathered around the stools of an old service station. Were they twelve, they could be the disciples with Jesus in the middle—or maybe the Pharisees plotting to kill Jesus, or maybe the left-behind crowds who said, “What just happened? Was that not the Son of Jesse?”, or the Roman guards that said, “Truly this was the son of God.”

Trees lean over the two-lane road called Eighty-two: pine and oak, and here and there the changing elm. Most remain untouched by the early days of southern autumn. It is October and I wish it would rain cold down on me. Behind me lies two days in Opelika, and a year. Ahead lies a day in Tuscaloosa—a day and a year, and two. Eighteen years ago, I drove this uncertain path on a day not unlike this—warmer, less cloudy, but equally filled with the expectation of something I could only imagine but longed for nonetheless.

This is me: I am young—as the miles wash away the years of travel—a shower of recollection on the train of memory. Next stop, college! Students played on the quad as I slowly drove down University Blvd. There was a volleyball game; I wished to play. There was Denny Chimes; I wanted to ring out as well—the caller of times present and past, “All is well! All is well!”, and “Peace. Peace.”

And then there was November. I drove home to vote in the 1992 elections and back in a day. Tara, Heather, Brett, Dan, Allen, and Chris waited back in Freidman (and the matching girls dorm). The cold chill of November rain gnawed through jeans and a paint-stained canvas barn jacket. I hated leaving. I hated in-between road.

Then there was the female twin, whose name I forget. Dark headed, and bright eyed. I didn’t really know her. No, but she was the one who laughed one night at a Southbound concert, smiled, and hugged me goodbye for the summer. And, goodbye forever! She died backing out of her driveway. Died, with a hug and a smile as a goodbye…and now even her name is lost.

Memory is like Old Testament prophesies. There is a shortening when looking backward as well as forward. The music always plays double-time. The tangled threads of particular commonality intertwine, confusticate, and then are gone.

I remember…walking from Freidman to a dorm across campus on a Saturday for lunch, to eat—hopefully—with someone I knew.
I remember…pool in the game room off the Ferguson center. Heidi and Camille were there.
I remember…sitting in my room during one home game, listening out the window to the sounds of pre-football ringing crisp on the cool September air.
I remember…the somber boy-knight who stands guard over the large study hall in Amelia.
I remember ...jumping off of the cliffs that first weekend in town, after standing scared for so very long.

I remember. I remember and I forget. Shake the snow-ball. Watch the world spin. Chaos rages all around, while Reindeer—or Santa, or the Eifel Tower—remain frozen in place. In my ball, I stand frozen amidst the swirl of memories. Snatch one out of the air—like a furtive lightening bug—then let it go just as fast, before the light goes out. A flake in the hand is worth nothing compared to the brilliance of the thousand that fly past.

Just before entering Chilton County, a white crumbling lean-too says, “The horn of plenty.” There is plenty enough in the old roads and hidden minds of humanity to make the world weep a billion years and laugh even longer, harder. For what: the past? The past is a fun place to visit. But longing after all is just longing, and the promise of presence is a power not easily overcome. No, I don’t want to be back here—alone, insecure, struggling, afraid, more sad than cheered, and regularly melancholic.

Yes, the past is a great place to visit, but I would never choose to live there.

Well—at least not often.
Posted by Unknown at 11:26 AM No comments:

Missouri Looking for Someone to Lead 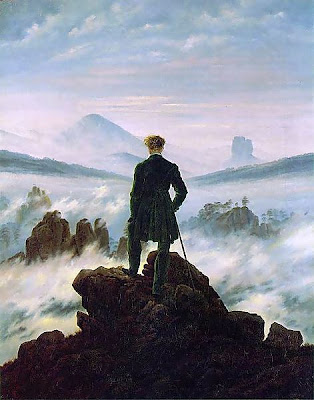 The recent report by the National Bureau of Economic Research—that the "great recession ended in June 2009"—would be funny, if they weren't so painfully false. Missouri continues the impact of fewer jobs and higher unemployment. Layoffs this summer at Boeing reflect changes in defense spending, while more-recent layoffs at ISS Facility Services Inc., a janitorial service, indicate companies are still cutting back on external services.

Higher unemployment means fewer taxable dollars, which in turn means declining municipal revenue. For East St. Louis, Illinois (part of the metropolitan St. Louis area) that has meant a 30% cut in police staff. For a city already plagued by crime, this situation is ripe for an escalation of violent activity—as greater need drives some to take greater risks in the face of diminished enforcement.

Mayor Alvin Parks said that "the weak economy has robbed the city of badly needed money," (St. Louis Post Dispatch, July 2010). Others suggest it is unchecked local, state, and federal governments which have robbed people of money—expanding already-unsustainable budgets during the '04-'06 high property-tax years.... (click here to read full article)
Posted by Unknown at 5:26 AM No comments: