Fortitude and the Uncertainty of Times 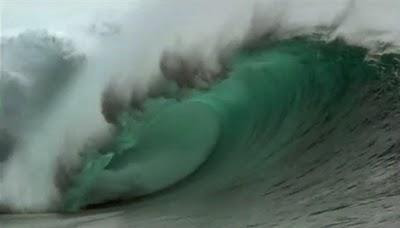 The theme of fortitude has run throughout more than one Wall Street Journal article of late. It is a theme which might as well be accidental as intentional; and yet, in any case, leaves one with an immensely heavy question. Namely: Have we faced the cost of losing? Specifically, have free people faced the cost of living in a world without freedom, in perpetual fear, with prevailing injustices, without recourse; in short, losing?

Andrew Robert’s commentary (Britain Goes Wobbly on Terror, May 11) asks that question by pointing to the resolve--of generations past--not to lose. He writes, “…[T]he intestinal fortitude of a people matters much more than weaponry, economics or even grand strategy. Morale is almost impossible to quantify, whereas demoralization is all too evident.”

Lt. Cmdr. Eric Greitens asked that question in his article, “The Seal Sensibility” (May 7). There he writes, “Some men who seemed impossibly weak at the beginning of SEAL training—men who puked on runs and had trouble with pull-ups—made it. Some men who were skinny and short and whose teeth chattered just looking at the ocean also made it. Some men who were visibly afraid, sometimes to the point of shaking, made it too.”

What both of these poignant reflections spotlight is that the fortitude of a single person or an entire nation succumbs, in the end, to loss when the cost of that loss is never fully considered ahead of time. I believe the reason these “impossibly weak” men made it to the end is that they tasted failure at the beginning. It was a taste they were unwilling to live with and so, resolved, they would die rather than taste it again. England had tasted loss before and during the days of Hitler, as had Russia. It was the knowledge of what loss cost that was the final, un-breached foundation of their national fortitude.

By comparison, Greitens says that those who failed had never “been pushed beyond the envelope of their talent to the core of their character.” Character is simply another word for intestinal fortitude.

Which leaves the question to us: have we truly faced the cost of losing? Whatever some might say, the rhetoric common boasts of talent that has yet to be pushed. Loss is a powerful pedagogy. There are lessons in failure, lessons that many in this world have learned but that we—the United States—have managed to avoid in our long running years of success.

(this post contains affliate links to Amazon.com)
Posted by Unknown at 3:42 PM No comments: