What Steve Jobs and Harry Potter Have in Common? (It isn't the glasses!) 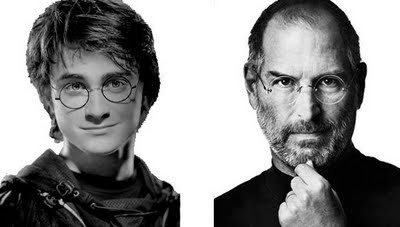 The announced resignation of Steve Jobs feels reminiscent of...well, the last Harry Potter film. There is no evil Voldemort to be slain: Microsoft ceased to be that some time again, and Google isn't quite the threat it desires to be. But all endings have something in common. Call it a moment of reflection. Old storytellers referred to it as "the moral of the story." In any event, endings invite us to be reflective in a way that, mid-stream, we are prone not to be.

Try-Try Again
Jobs wasn't always the glowing success he is today. Remember, he too once got the boot from Apple--by then CEO John Schulley. Reasons given were Jobs temperamental disposition and dissonant leadership style. Jobs is--in Myers Briggs Type Indicator language--a classic INTP (Introversion, iNtution, Thinking, Perceiving): knowledge is valued above all else, even relationships. Known as "absent minded professors," they generally don't like to lead or manage people. It's too messy and...well relational....(read entire article here)

Posted by Unknown at 7:34 AM No comments:

The Role of Interdisciplinary Study in Leadership Innovation 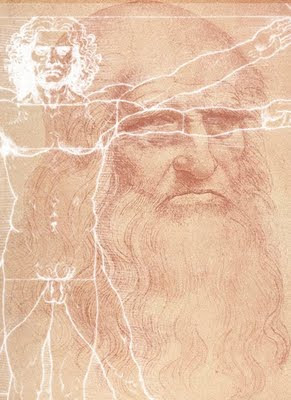 Proverbs is rightly described as the book that teaches the "art of godly living" (CJ Collins). But--more than that, and not surprisingly--it drives thoughtful people toward a habit of multidisciplinary comparative study. Isn't that the point of the above parable? To learn about one topic, you study something totally unrelated, with the end goal of understanding both topics better.

Isn't it also why we use illustrations in sermons--that by the telling of a story which appears unrelated (and usually is), some pattern of behavior or belief may be revealed. One need not be Aristotelian to espy the fractal repetition of ideology and intent. It is placed there by God for those who seek to find. Indeed, the entire story of redemption is fractal--showing in part, time and time again, what was broken in the garden and fixed at the cross.

Should it surprise us, then, that at the heart of innovation is this cross-disciplinary study. In a recent article called Think Different, the Economist interviewed professor Clay Christensen on the nature of disruptive innovation...(click here to read the rest)

(this post contains affliate links to Amazon.com)
Posted by Unknown at 6:33 AM No comments:

The age of the two-party system is nearing its end. It isn't finished just yet--and many are riding that dead horse of hope into the next electoral cycle. But--as the recent debt-ceiling debate shows--within a decade, the Tea-Party will be just one of many "tribal" groups vying for power in and influence over our political and national interests.

One (Tea)Party-Crasher Does not a Pattern Make
The Tea-Party has had the spotlight in recent days, but it is not the first party to challenge the status quo of Washington. The Green Party of 2001 is still alive, if not thriving. Other parties have come and (thankfully) gone--like... (click here to read more)

Posted by Unknown at 7:50 PM No comments: