What Dying People Have to Teach us? 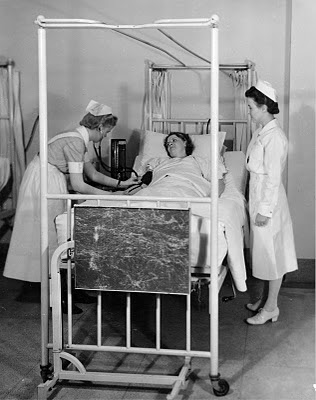 This week a British Judge refused a family’s request to end the life of a family member. Specifically, the mother and sister of the disabled woman had been seeking permission to let her die to escape her—in their words—“pointless existence.”

Just to be sure that “pointless existence” doesn’t have a technical, medical definition that I was somehow missing—I Googled the phrase. Top hits: Existentialism, two separate questions on Yahoo! Answers (of people describing their lives), and the lyrics to a song. So, I guess it’s safe to say that this mother-daughter combo are using the term “pointless existence” to summarize their own perspective on the life of this woman.

Sadly, these women have missed the point behind this pointless existence. Namely, that living people can learn more from dying people than from…well, Google. Vocationally, dying people and people in vegitative state are teachers. (Pragmatists need not respond about the burden on medical services to sustain dying people. When frivolous, self-glutinous waste has been permanently eradicated from all the corners of individual and institutional superficiality, then we can talk about financial constraints.) and, as they are teachers, we need to ask, “What do dying people teach us? “

The Value of Our Time
This woman in the vegetative state—referred to only as “M” by court documents—is in no hurry to get anywhere. If she’s not inside her own head, she isn’t experiencing anything: no pain, no loss, no regret, sorrow, frustration, disappointment. She doesn’t even care that she’s in a vegetative state. There is no burden on her. But there’s a burden on the mother and sister. Specifically, a burden on their time. (Not on their money, mind you. This is Brittan where health care is fully government run, and government funded.)

These women clearly have more important things to do. You know, like…stuff. I’m sure they’d rather go to the grocery store, or catch a little more sleep, or check their Facebook status, or something. Who wouldn’t? We like—all of us, mind you, myself included—to do what we want with our time. We’re Temporally Obese. No generation has worked less, had more free time, and actually been less productive. Free time makes us temporally fat. And nothing says I’m a selfishly obese time-hog like looking in the face of a non-responsive person. Staring into that face, I’m guessing it’s hard justifying many of the ways we’ve spent our time.

How Important Am I...really?
Once we’ve acknowledge how un-importantly we sloth away our free time, looking in the face of a non-responsive person gives us the opportunity to ask, “How important am I, really?” M hasn’t always been a vegetable. She was brain damaged in 2003. Before that, she was certainly...busy. But we just debunked the “I’m Busy therefore I’m important” myth. So now that the vitality of social contribution is less than the measurability of social demand, is there any point to living?

The second thing dying people teach us is reality. Frankly, I’m just not as important as my Facebook wall and email inbox indicate. None of us are. Any one of us could contract the same illness that debilitated M. Any one of us could go out for a run, stumble and fall into the path of an oncoming vehicle—as a young boy did just outside of Covenant Seminary this week. Any of us could die today, or become utterly incapacitated. In the end, the world keeps going. Yes, people cry. Yes, they care. But eventually, the days turn into months and the months into years and—at least for M and people like her—it just keeps going.

And for Mom and Sis to stare into the face of such a person day in and day out—torn between the seemingly urgent demands of electronic communication, economic issues in the Euro zone, wars in the Middle East, on the one hand; and the unhurried, generally un-valued life of this woman: well, who wouldn’t have to ask questions about their own significance. And based on the way we’ve spent our time (point one), the answer isn’t usually very satisfying. Few of us want to learn that lesson.

Get Busy Dying
Dying people teach us about…dying. They teach us about our own pending death—whether that is hours away or decades. Dying people remind us of our mortality and finiteness—how there will come a day when we no longer exist, at least not in time and history. (Beyond that depends on the afterlife.)

This is an important lesson because everything around us tells us we are super-important, super-loved, the best, awesome, perpetually young with a penchant for immortality. Our cars make us strong. Our diets. Our clothes. Our twitter followers. Death can’t beat strong. Strong conquers. Strong wins, right?

Wrong. Strong sucks. Strong is only strong until it isn’t any more; then it’s crap. And if we’ve been investing in “Forever Young-n-Strong Retirement Strategy,” we’re as bankrupt as the United States Government. That’s what dying people teach us. M teaches us that you can be a vibrant middle-aged person who suddenly is frail, dependent, weak, and...dying.

That isn’t a message anybody wants to be reminded of. No wonder we’ve ushered the dying off to their pretty houses of old age so that we don’t have to face death. We drive by hospitals, but spend as little time in them as necessary. We’ve forgotten how to die which means we’ve forgotten how to live. Consequently, dying people teach us how to live as much as they teach us that we’ll die.

Sacrifice Shows Our Humanity
Maybe it isn’t so much that dying or vegitative people teach us about sacrifice, as that they provide us the opportunity to show it. Take away all the needy, broken, hungry, dying, lonely, sad etc. people and you have just eradicated every need for sacrifice. Without hungry people, I can eat everything I want. Without needy people, I can buy whatever I want. Without middle-aged women in vegetative states, I can spend my time however I want. And when we live life without these constraints, we self-destruct.

The pointlessed existence of vegetative people is that they make self-destruction that much harder. I would argue that there are plenty of people living pointless lives; I’m talking about healthy people. They are living without restraints of any kind, and have forgotten the lessons of sacrifice. Far from being set free, they’ve been enslaved: to selfish, self-destructive living. These people have become inhuman.

M may live an un-human life. That’s still better than living inhumanly. The everyday, moment-by-moment sacrifice of M’s mother and sister speak the value of humanity more than ten thousand words. That’s not my opinion. In the end, that’s the decision that Mr. Justice Barker came to. M may know, experience, hear or see nothing. And yet, the doctors, nurses, passersby, and bystanders of life are more human as a result of the sacrifice of these two women. Heck, the whole world is bettered.

For this point alone, these women should be praised. Mom and Sis, M can’t tell you so I will. “Thank you for reminding us how to be human.” M teaches us things. So do you.

Now the only question is—are we ready to be students?
Posted by Unknown at 7:23 PM No comments: