Rather to Dream of Something Better

The compounding of contradiction becomes more clear now. The spending of nearly $1 Trillion got a couple of disgruntled objectors. But the spending of a few hundred million dollars by AIG “on bonuses” has received the outrage of the ruling party (now the number is up to $650 million). Not that they shouldn’t be angry—but consider proportionality. The Stimulus plan threw $1.2 billion dollars at NASA “just because.” NASA, of all places. Shovel ready? Job building? Economy advancing? It doesn’t really matter—that’s someone’s pet project that promises possibility: just “maybe, maybe” we’ll find some cure to cancer, the global threat of warming, or the economy out in that great expanse. And then NASA went and blew up a $273 million satellite intended to study the environment. For comparison, that’s 1436 houses offered 100% loans at an average of $193,000 each. Bye-bye—thank you for flying NASA. Bye-bye.

The double-speak is getting more convoluted. Anger at the way money is being spent by others. Frivolity at how Big Brother is spending it. Throw a billion here or there—so what. But, if you get caught spending money on some unjustified expense—watch out! Yes, we want you to “consume” your income and more to stimulate the economy, but if you get caught saving or paying off debt or eliminating loans—watch out! How dare Germany not embrace an even greater “rescue” package! How dare China consider not buying American debt! 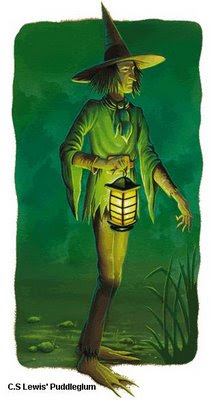 It all sounds so backwardly normal, doesn’t it? On the one hand, bank officials are begging for money because they can’t go it alone, but then warn the Government to stay out of banking because they “aren’t experts.” Auto makers warn of Armageddon without a bailout, but then kindly tells Washington it has no business questioning their business practices. There is such a comedy of errors in the thinking that any attempts to rationalize against it somehow fail. As though finding that mathematicians are saying 2+2 isn’t 4—your best attempts rest on the reasoning discounted as yesterday, antiquated, and irrelevant.

Community broke. Somewhere in the past, it broke down, and we walked away. Maybe, like in the movie Avalon, it was in the movement away from the city and into the suburbs. Maybe, it was when we pretended that externals were more important than reality. Maybe it was when husbands treated wives as lesser beings, or when industry moved out of the home. But the individualism that was once tribal and geographic turned on itself in a Lord of the Flies manner—it isn’t just “us” against “them.” It’s “us” against “us.” You against me. Me against me. Like The Masque of the Red Death, the disease we thought we locked outside was found within. Like Noah entering the ark only to find—half a year later—that the sin he sought to escape was there. Right there. Inside them all.

But Community is being fixed—in all those places where people have stopped asking the question, “What can my government do for me?” It’s hard to get the words past the proverbial “full mouth.” We’ve suckled so long that source of stolen milk that it’s hard to refuse. But refuse we must. The purse of government comes with the long strings of subjugation. Thinking past the spiderwebs of complacency, like the befuddled marsh-wiggle, we must dare to stick our hand into the enchanted fire—trusting that the smell of burning flesh and a faded memory is more beautiful than the lies of safety, security, and comfort.

And either we will stick our hand to the fire, and give up that which we cannot keep…or else we will grow so fat as to put our hand into the bowl, to have it never return to our mouths. Fire or chains. Sacrifice or secruity. There is a reason that epocs past held to the tension of antitheicals. Only in the absolute is there power. All else is the ambiguous hum of the enchantress: Take, and eat.
Posted by Unknown at 6:22 PM