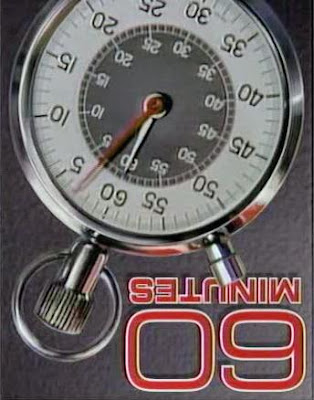 Pick a show. Any show. Watch it for a month and you are likely to experience—though maybe not explain—three stylistics elements that bend our perception of reality toward hopeless despair. I would suggest that, more than sex, more perhaps even than violence, these philosophical undergirding shape us.

The ’60 Minute’ Day
Television, as a narrative medium, skips the lulls of life—waiting in traffic, going to the bathroom, sleeping, being alone—except in the rare exception that these drive the thematic line (Seinfield has used all of these as thematic elements). Instead, television presents a world where character formation and interpersonal relationships jump, in seconds, from an office encounter to a restaurant interchange ten miles and four hours away.

The result is that viewers begin to have our concept of “normal” and “flow” shaped by these lull-less lifestyles. Such that—by contrast—our own lives seem dull, boring and more lull than activity. Dating people are surprised by the deep bitterness of betrayal that takes longer than a 2-hour special to heal. People shaped by death are shocked that the grief lasts beyond the 25 episode season. Television narrative necessitates haste and speed—forty-two minutes to establish believability, construct a scenario, build tension and come to climactic resolution.

Not life. Life, by comparison, is shaped by the slow and low points—how I respond in a traffic jam, what I think about before going to sleep, what I eat for breakfast and lunch, paying bills, reflecting on life. In television, there is no reflection: it’s boring to watch someone think. We get it from time to time, in those last “music-filled” moments of an episode, when the scene moves in slow motion and some nascent pop-artist sings.

Our reaction to this “real life” is to seek the level of activity and motion found only in television—the going, as it were, from one scene to another instantaneously. The speed and multifunctional aspects of the internet and interstate serve our addiction to some extent. But eventually, these leave us listless—unfocused, disconnected, bored.

It explains yet another way that the normal, lifelong commitment of marriage is assaulted. Long-time married people know that the shape and stability of their relationship will be crafted more in the ten-minute conversations at meals or in the morning before work, or at the end of the day; more than in the ten-minutes of sex in the shower. And yet—TV shows us the sex in the shower until we think, “Only my relationship is boring.”

I think the recklessness of drivers is due in large part to this sense of the “60 minute” day—this artificial compression of time and relentless energy of characters written without compulsion (or with it!), without grief (except thrown in to spruce up ratings), or consequence (beyond the next episode). And marriages, relationships in general, financial behaviors, introspection, and generally our view of self.

Attempted, we may attain this pace, for a season (no guarantees of a renewal next Fall!). But ultimately, we exit the “60 minute” day at the season finale of despair, listless vanity, and a reckless abandonment that gives up seeking meaning in life.

(Next: Heroification)
Posted by Unknown at 8:25 AM