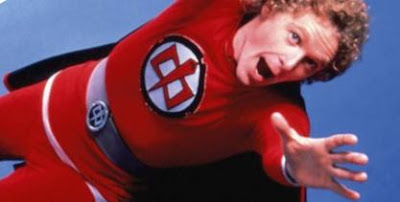 The second detrimental thematic element of television (as a modern story telling medium) is what I call heroification. In today’s politically-correct, “appease all” world, Hollywood can’t talk about “truth, justice, and the American way” (or even just “truth and justice”!). That isn’t a message likely to draw in the international community of viewers within or outside of our borders. Viewership drives revenue and so ideals like mercy, justice, absolute truth, and rational faith take a back seat to soft narrative—where conflict centers on some “event-oriented” or “emotional” tension. If there is no “justice,” (non-partisan) then there is no real “injustice”—just criminals or patients or clients (on the one hand) and police, doctors, and lawyers (on the other).

CSI isn’t about seeing justice done (I watch them all)—they rarely (if ever) talk about justice, rightness, or truth—but is, instead, about a team of scientists seeking to solve a case. Private Practice is not so much about changing and improving the lives of patients for the betterment of…what? Themselves, society, the world? (e.g. restoring the effects of the fall). Rather, the misfortune of patients is merely the thematic tension that allows us to see the relational dynamics of the doctors as they interact, debate, conflict, copulate, fight, debate, etc., etc.

Making the world a better place, extending goodness and mercy—that’s so yesterday! (Modern values have exploded into the void left by these neglected virtues, values like the environment, equality, and anti-imperialism.) Will Dr. House solve the case in time and if so what does it teach us about House—drug addicted, bitter, angry, disrespectful, spiteful, undermining, bad-talking, abusive Dr. House? Heroification isn’t about the understanding the world, or ourselves, or propensities (if anything, the “picked-on” Muslim is likely to turn out the innocent bystander of the terrorist attack [e.g. both Numbers and Lie to Me had this storyline]; while the evangelical Christian will be boorish, daft, and prone to stupidity).

Nor is heroification about a hero. That too is yesterday—we don’t want Superman or the A-Team, Matlock or Stingray. Give us broken, screwed up, passed over, divorced or divorcing, characters—but then heroify their lifestyles. Used to be, you watched daytime talk-shows to see who was “more broken than I am” and nighttime drama to see “who I should be like.” It is very possible that these have completely flip-flopped. Don’t give us heroes to “imitate or emulate.” Give us characters with careless relationships, compulsions, and corrupt; but environmentally friendly, open to sexually-orientation, and universally accepting. Lower the bar. We don’t want someone to live up to; just someone to watch.

Therein is the essence of heroification. Where there is no God, there are no ultimate morals—mercy, justice and righteousness—and ultimately meaning must center upon the main characters: Horatio Caine, Gregory House, Cal Lightman, Walter Bishop—and whatever scenarios these characters find themselves tangled up in; dragging us along with them on their stumbling journey through life.

Heroification is intended to make us feel good about our values, our choices, and our live styles; assuring us that we aren’t as “f****d” as others (moralists? Christians?) would have us think; and that our cause—however pathetically irrelevant or culturally acceptable—will be enough to merit our praise…by the great accident of evolutionary history...."coming soon to a channel near you, this Fall."
Posted by Unknown at 11:08 AM