The Haiti Crisis: A Time of Reciprocity?

Less than two weeks since the devastating earthquake in Haiti, the United States is beginning to receive subtle criticism from outsiders. One NPR opinion editorial expressed concern about the presence of U.S. troops—and the necessity of the U.S. to function primarily through the United Nations, in close conjunction with the Haitian Préval-Bellerive Government. And yet, there is good cause to ask, "Should there be strings attached to the international help being extended in this hour of need?"

Ironically, nobody—save a dissident research fellow, Anthony Bradley—has asked, "Why is the world looking to the U.S. to rebuild Haiti? France, Spain, and the EU are solely responsible for what is 'Haiti'; not the U.S." Most journalists seem to be ignorant of (or deliberately ignoring) the fact that the Haitian situation today—political unrest, deep and perpetual corruption, and the totalitarian impoverishment of her people—is a direct consequence of the pattern of alternating French-Spanish occupation throughout the 19th Century. By contrast, U.S. occupation of Haiti during the early part of the 20th Century is credited for developing stability, dependable infrastructure, education, and economy.

Nobody thinks that help should be withheld...(click here to read full story).
Posted by Unknown at 2:47 PM No comments:

Facts, Faces of the Farmers Market 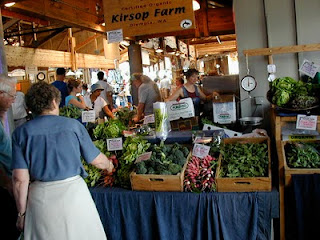 On an early Thursday, to the sound of the morning rush hour, a plain-looking fellow sets up a tent in the parking lot of a strip mall. He is average build and height, but the texture of his skin and the raw size of his hands tell a story — for those interested in hearing.

"I'm a third generation farmer," says Thomas — who asks that his last name not be printed. "I'm dedicated to the work. Heck, it's all I know." Within a few moments, the tent is pegged and tethered. Thomas then pulls a folding chair out of the back of his flatbed, sits down in it, and smiles up at me. The twinkle in his eye says I should have remembered to bring my own seat. (click here to read more)
Posted by Unknown at 4:50 AM No comments:

2010 Stock Market Indicates It's Not a Wonderful Life 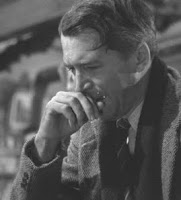 "Merry Christmas, Mr. Potter."
Those now-iconic words uttered by the relieved George Bailey, in It's a Wonderful Life capture the unfettered enthusiasm of the past six months—a period that saw a 27.5% increase in the DJIA leading up to the New Year. But while the New Year is still young, the hope of peace and prosperity that underpins those celebrations is already starting to grow old—at least in terms of the stock market rally. After all, fourth quarter earnings from bellwether Alcoa—a raw materials provider—leaves investors and consumers alike with little hope that Federal Reserve Chairman Ben Bernanke's "green shoots" are surviving the cold streak of winter. Signals are mixed for the private investor—while Christmas sales came in slightly higher than expected, unemployment was also surprisingly up in December. The question is whether the stock market bull of late 2009 can continue its run as the stock market bull of 2010.

"Should old acquaintance be forgot and never brought to mind"
Okay, maybe the six months stemming from September '08 through March '09 should be like the old acquaintance of Auld Lang Syne...(read the entire story here).
Posted by Unknown at 6:51 AM No comments:

Methodology, Interpretation and Reasoning: Three Strikes and Cave is Out! A review of "What your Doctor May Not Tell You About Children's Vaccinations"

Dr. Stephanie Cave's book, What Your Doctor May Not Tell You About Children's Vaccinations (Warner Books, 2001), is an attempt to inform non-medically trained people about hersuspicions concerning the potential dangers of vaccinations. However, her attempts more often fall short of their intended goal. No doubt, this book will leave questioning parents anxious and worried about the effects of vaccinations. But is this anxiety valid? In order to answer this question, one needs to examine (first) Cave's interpretation of supporting evidence, (second) her logical reasoning and defense, and (third) her methodology for conclusions.

Since the writing of this book eight years ago, there have been no less than eight epidemiological studies (one as recently as 2008) that conclusively—as conclusively as the scientific method allows—show no correlation whatsoever between autism and either vaccines or the preservatives used in them. Furthermore, since 2001, thimerosal has been nearly completely removed from childhood vaccines (by a 96%+ reduction). And case studies like the MMR study in Japan—after the cancelation of the MMR vaccine—have successfully and thoroughly disproved any relationship between MMR and autism.

What's more, Andrew Wakefield—oft quoted by Case in her book (e.g. p 65)—has been debunked in his research methodology. Some argue that ...(click here for full article).
Posted by Unknown at 11:46 AM No comments: