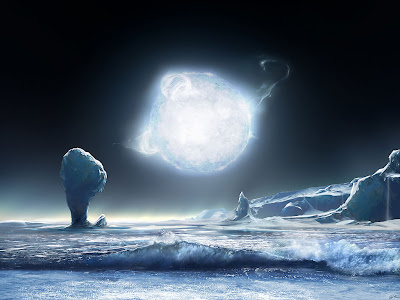 Good books don't make good movies. Well, not always. But sometimes—every so often—a book screams, "Make a movie out of me." The Help by Kathryn Stockett and Redeeming Love by Francine Rivers are two examples: compelling narratives, poignant themes, and rich characters. Three other books—a trilogy—that are equally compelling, poignant, and rich (and likely to be overlooked by the best film makers) are Out of the Silent Planet, Perelandra, and That Hideous Strength, all books by Clive Staples Lewis.

Clive Who?
Affectionately known as C.S., Clive Staples is the renowned author of The Chronicles of Narnia, and the only slightly less known (in some circles) Mere Christianity. He was one of the most vibrant contributors to The Inklings—an eclectic group of writers out of Oxford—which also included J.R.R. Tolkien (author of The Lord of the Rings), Owen Barfield, and (sometimes) the poet T.S. Elliot. Unbeknownst to many, C.S. passed away relatively unnoticed—as newspapers worldwide focused on the same-day shooting of John F. Kennedy.

While Disney has re-popularized the Narnia series through the recent films The Lion, The Witch and the Wardrobe and Prince Caspian—C.S. Lewis' space trilogy remains a great imaginative adventure, with galactic trips between planets, introduction of strange and unique creatures, and a plotline that remains unique...(Click here to read entire article)
Posted by Unknown at 8:39 PM