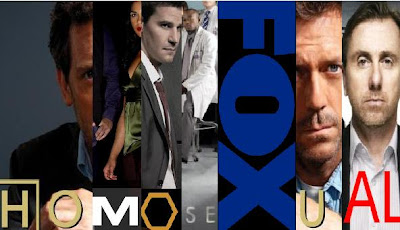 From House M.D. And Bones to Fringe and Lie to Me, Fox Spins Sex for Male Viewers

Fox Television's uniqueness and creativity has brought this late-1990's upstart into the mainstream of TV viewing—with shows like JJ Abrams'Fringe,House,Bones, and Lie to Me. But Fox is unique in another way—that is, its blatant push to increase male viewership through the glorification of gratuitous, lesbian relationships.

Both Bones and House introduced regular, female bisexual characters in the past few years—Angela Montenegro and Dr. Remy Hadley respectively. Initially, small, passing references to bisexuality in both shows slowly took on more pronounced roles in the development of those characters...(click here to read full article).
Posted by Unknown at 5:56 AM