Covenant Presbyterian Church of St. Louis, MO hosted their first (of many planned) Faith in Work speaker series—where discussions will center on the value, dignity and goodness of vocation (read, non-church); and to inspire and invite deeper reflection on the purpose of vocational calling.

Today’s speaker was Eric Metaxas—author of Amazing Grace (about William Wiberforce) and, more recently Bonheoffer. He’s also written for Veggie Tales, which commends him as something more than a dry historian recounting (or regurgitating as is so common) epochs of the past. Metaxas is funny and engaging; witty, and worth having speak in other forums. After a fairly long and impressive introduction on background, experience, and accomplishments, emcee Caroline Leutwiler summarize Metaxas in this way: “He reminds me in some ways of Bonheoffer… His abilities and convictions have been used to change lives.”

Metaxas was raised in New York City in a nominal (cultural) Greek Orthodox family. He later studied at Yale University where, he says, “everyone is supposed to lose their faith [and] become a nihilist with your parent’s money…without them finding out.” Then in 1988, he had a radical—and one might say charismatic—conversion experience. While he only hinted at that experience (which centered on a dream), he tells a fuller version of it at his website. Speaking of true Christian faith, Metaxas said, “It changes one’s life. Or, at least, it should.”

The same year as his conversion a pastor asked him if he’d ever heard of Dietrich Bonheoffer. Metaxas (said) he replied, “No. I went to Yale where it’s not allowed to learn about historic Christianity. And Welcome Back, Cotter never covered that topic.” Metaxas’ decision to write Bonheoffer is particular significant because of his own family ties to Nazi Germany—where his own grandfather (if I understood the relational dynamic) was forced into military service and died in the war.

On Bonheoffer
Bonheoffer was 14 when he declared that he intended to study theology—meaning, he intended to distinguish himself academically in the field of theology. He went on to study at Tübingen and Belgium University. Bonheoffer was intellectually independent—or, what I would call “differentiated”—such that he was not influenced by the liberal theology of the day. He’d completed his doctorate by the age of 21, writing his thesis on the topic of “What is the Church?” This focused study ended up birthing in him a desire to actually be a pastor (not just a theologian). He couldn’t get ordained—because he wasn’t 25 yet; so, after a year pasturing in Spain—in the words of Metaxas—“Bonheoffer killed a year in New York,” adding, “I too have killed many years in New York, and am working on my honorary doctorate…starting right now!” (laughter).


Praise God that Bonheoffer ended up in NYC. Because, after his less than positive interaction with the theologians at Union Seminary—of whom Bonheoffer thought them shallowly liberal—he began worshiping at an African-American church in the Harlem. That was in 1931.

When Bonheoffer left Germany, the National Socialism party was 12th in terms of power and size. When he returned, it had attained to the second largest and most influential party—eventually taking full control. The idea of a “human savior”—in the form of a Führer—had begun to take hold. Immediately following Hitler’s appointment to that position, Bonheoffer gave a radio speech dissecting the idea of a human savior—pointing all of German back to Christ. The implicit question in the speech was directed at Hitler: “Where do you get your authority?”

Within Germany, the populace that was spiritually and theologically illiterate saw nothing at odds between the role that Hitler had assumed and that of the Bible. Bonheoffer—among others—did! Many are confused in thinking that the Nazis were Christian. Far from it—Metaxas says, emphasizing that those people should read the chapter of Bonheoffer on that topic.

Foremost among theological issues was the Jewish question. The Nazis tried to restructure the church along lines that were racial by nature. The inconceivability of this attempt moved Metaxas to hyperbole, "I could be wrong here, but I think Jesus was part Jew. And Mary—well, she was either Jewish or Italian. I don't remember!"

Bonheoffer, along with many who held to true Christianity (and not just a cultural guise), died for their commitments—including many church leaders who signed the Barmen Declaration. Sadly, many believed that the rise and corruption of the Nazi was temporary and would pass , believing that Hitler was “a one term Führer” (Metaxas says, tongue in cheek). But the faithfulness of witness and faith in the life of Bonheoffer offers a call to the American Church. As Metaxas says, “If the American Church were to read [and embrace] the writings of Bonheoffer, we would be transformed…a real church.”

“In the end, the pseudo-Church will always fail,” Metaxas said in closing. “The real church never will.”

(The title of this piece comes from the prayer that Pastor Ryan Laughlin prayed at the beginning of the luncheon.)

(this post contains affliate links to Amazon.com)
Posted by Unknown at 2:37 PM No comments: 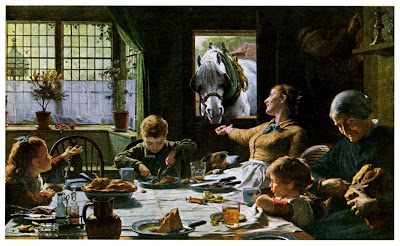 Every morning is the same, in this one regard. I think, “Tonight, I am going to write. And not just one page, but a dozen.” Sipping hot coffee and warm oatmeal, I nod to myself in silent reassurance. Driving past trafficked byways on the way to work, I look for scenes of certain inspiration. Walking beneath snow covered trees, I make up couplets about the cold.

The day goes on: work-filled hours pass slowly, broken intermittently by conversations and prayers, notes and encouragements. Email is the bane of sane existence, such that I’ve begun working “offline” to delay—if not completely deter—the constant barrage. Surfing the web splinters focus like glass on cement. I resist the urge, and chose instead of stare into the sky—which is the only thing I can see (and that in part) from the small portal of my high-placed, low profile window. Eight hours, ten notes, fifty emails, and eleven phone calls later—the workday ends.

Someone said that men only have a thousand words each day. Driving home, I check my reserves to find them totally depleted. I still desire to write, but determination has waned. Signaling cars lane change across the landscape of my eyes with more certainty and direction. Staring blankly at the red light, I resolve to give my family nothing less than what I gave to work.

Dinner talk is all the day. I stare past half drunk glasses and competing desires to meet the eyes of those who speak: my children and my spouse. Their micro-expressions—mostly those of the children—are a running narrative of emotion and experience, accentuated by emphatic verbs tied inexorably together with simple conjunctions. Amidst the tide of telling, voices compete in chorus. I drink my water to keep from drowning in the moment—that “homework driving home from playground football playing teams of mud tracks on the hallway floors as beeping watches chime far across the laughing classroom lessons that contains history unfolding lunch to teachers slight chagrin” moment. Then it’s over.

All the floors are picked up, and bedtime stories told. The hallway stretches out before me; light leads off to dark. The silence takes up much more space than all the spoke words. I am lost, for a moment. And then I find myself, there, tired. Slowly, I manage a few remaining habits of business—to brush my teeth clean of all the gnawed on thoughts, and put my shoes away. I lay my body down and think—as sleep overtakes me—that I did not write today…not many pages. Not many. Just one.

It is the best kind of writing—full of memory that will fuel joyful praise when all that’s left of life is frail breath, gentle sleep, and recollection.

Today was a page of history, written on heart and lives of children, my wife, and a too-often forgetful--but sometimes watching--world.

As for the rest: it will have to wait until tomorrow.
Posted by Unknown at 12:47 PM No comments: