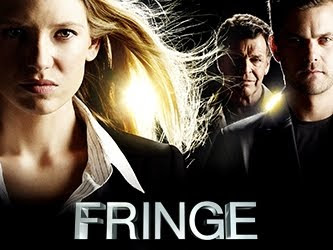 Fox and JJ Abrams have shifted the trajectory of Fringe, following in the footsteps of Lost and other mystery-meets-drama-meets-science-fiction-meets-alternative-realities. What is this shift? Irrelevancy and, should it continue, this shift will ultimately result in Fringe's cancellation.

Total Recall
Most television viewers like to be surprised, amazed and even gripped by cliffhanging continuations. But as the layers of complexity become more abstract, barriers to entry for new viewers and return on investment (ROI) for existing viewers are too great. For Fringe viewers, it was one thing for Olivia Dunham...(click here to read more).
Posted by Unknown at 7:48 AM No comments:

Would You Really End All Suffering?

If you were given the power to end all suffering, hardship, and affliction, instantly—would you use it? The question may sound academic—best discussed hypothetically over coffee and scones. In such a setting, some will (and do) argue that to answer anything but “Yes” is a sign of sadism, bordering on the insanity of every genocide-laden dictatorship.

But the question is far more than academic. Beneath the surface of every political expectation, legislation, or foreign policy is—to some extent—the pursuit of that universal “Yes.” I say “to some extent” because the goal to universally end suffering et al is mingled up with greed, self-promotion, ignorance, short-sightedness, and delusions of grandeur, to name a few. (I am not ignoring the truly evil person whose interest and intentions are only harm; however, ethical debates among Christians too often lump all opponents into such Strawman categories for immediate dismissal.)

Just look at the reach, scope, and names of some current and recent legislation:

These benign titles tell nothing of the unimaginable cost associated with them (as a corpus). Nor is this “should we end all suffering et al” only a political debate. Christians hypothesize doing the most good for the most people with the push of a button, as Douglas Wilson does in this blog post, in which all the world is seemingly broken up into two categories: the haves and the have-nots.

Faith Challenged!
Now consider this sobering reality. Jesus had the power to immediately end all suffering, hardship, and affliction…instantly (actually, he still has that power today!) and yet, he did not. We read of children raised and healed, blind men given sight, hungry people fed, and lepers cleansed. But do we imagine Jesus walking through every town and sudden health and prosperity flowing out from him like color into a black-and-white landscape? Scriptures gives us every warrant to believe that Jesus observed funerals, heard crying, saw suffering, and passed by dingily-clad children—who were less than food-filled—and did not end these. One such reference: “There were many widows in Israel in the days of Elijah…and Elijah was sent to none of them but only to Zarephath, in the land of Sidon, to a woman who was a widow” (Luke 4:25-26).

Now consider that we elect officials, more often than not, with the expectancy that they will do the most good for the most people in the short tenure of their official service. We make them Saviors, so long as they attain to this end; that is, we are willing to give the most power to those who will do the most good for the most people. This contrast between our expectations of elected officials and the actions of Jesus proves that it is easier to have little or no power or to give it away, than to have power and choose not to use it.

What if the better purpose is for those with power to constrain evil, injustice, and popular oppression; such that we—the un-elected—may do the most good for the most people? What if the power of politicians was not to redistribute wealth, pass healthcare reform, fund educational institutions or hospitals, provide food stamps and family planning clinics—but, instead, to set us free as individuals to pursue this true religion: to visit orphans and widows in their affliction, and to keep oneself unstained from the world? (James 1:27) Ironically, true religion is not to end affliction per se, but to visit (ἐπισκέπτεσθαι) those suffering it.

There was a time, not too long ago, when all of these were the expressions of the church. Hospitals, schools, and soup kitchens were the mercy arm of ministry as much as Word and Sacraments were the proclamation arm. Where did we release these obligations to governors—believing those with power could effect more good than those with presence?

Which takes us back to Jesus—who did not immediately end all hardship, suffering, and affliction. Said another way, he did the most good for the most people by restraining his power. And this bring us back to where we began—to ask again that age old question, “If you were given the power to end all suffering, hardship, and affliction, instantly—would you use it?”

How we answer that says more about our confidence in ourselves apart from God than it does about principles of compassion, mercy, and justice. Moreover, it shapes our expectations of those who lead.

It was Frederick Bastiat who wrote, over 150 years ago, “When a politician views society from the seclusion of his office, he is struck by the spectacle of the inequality that he sees. He deplores the deprivations which are the lot of so many of our brothers, deprivations which appear to be even sadder when contrasted with luxury and wealth.” And he would thus, and often at our bidding, presume to do the most good for the most people, end the most suffering, affliction, and hardship. Instead, he would render us impotent slaves, who relegate our duties to offices never intended for them.

Would you really end all suffering? Jesus hasn’t and could. What makes us think we could do better?

Posted by Unknown at 7:57 AM No comments: