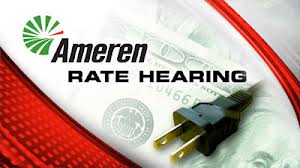 Thanks to Senate Bill 207, Missouri consumers could find themselves losing protection of the “construction work in progress” (CWIP) law to justify utility infrastructure expanse.

SB 207 states: “Notwithstanding any provisions of chapter 386 or this chapter to the contrary, beginning August 28, 2013, an electrical corporation providing electric service may file a petition and proposed rate schedules with the commission to establish or change ISRS rate schedules that will allow for the adjustment of the electrical corporation's rates and charges to provide for the recovery of costs for eligible infrastructure system replacements and additions.”

SB 207 for Dummies
Chapter 386 has to do with the establishment and role of the Public Service Commission (PSC). The PSC is intended to regulate the rates and services of utilities. The key clause here is: “adjustments of electrical corporation’s rates…that will allow for…rates and changes to provide for…infrastructure system…additions.” Currently, under Missouri law, the CWIP prevents electricity and gas companies from taking money from consumers until new facilities come on line.

Thanks to SB 207, no longer. Now, Ameren UE can increase consumer rates now for “substations, generation plants and their components, and cyber-security, customer service, and smart-grid investments” that are not yet online (SB 207, 40-42).

What this bill allows is for Ameren, a key company endorsing the bill, to put expansion costs on consumers. If those plans fail, are delayed, set back, or canceled due to EPA or Federal Regulation, the loss is to consumers. If those plans succeed and are put into use, the benefit is to the stockholder. Consider Ameren’s planned and later canceled Nuclear reactor in April 2009, because “state policies are making it too difficult to finance the project.”

Ameren UE: Milking the Missouri CowAmeren UE is an $8 billion dollar company, paying 4.8% dividend on 245,367,603 shares annually. Lest someone say Ameren lost money in 2012 4Q, keep in mind that “$4.84 per share was the result of a writedown in its merchant generation business, which it intends to exit.” Furthermore, “Ameren said Wednesday that its quarterly performance was hampered by a decline in earnings at Ameren Illinois and a drop in earnings at its merchant generation unit. This was mostly offset by higher earnings at Ameren Missouri” (emphasis mine) (Yahoo! Finance, Feb 20, 2013).

Milking the Missouri Cow appears to be Ameren’s approach to business as usual. Thanks to a partnership with Missourians For A Balanced Energy Future, Ameren hopes to bypass limits put in place by CWIP law and place the burden for expansion and update on consumers. Missouri Consumer Council estimates every family will pay $125 more for projects we may or may not ever see to completion.

Supporters of the bill have a lot to say about their particular interests. In this case, those supporters include the four major investor-owned utilities in Missouri, 44 rural Cooperatives, and 37 Labor Unions.

Update:
While in Missouri, it is Ameren UE et al against taxpayers, note the efforts of other states to shuck the cost of energy advancement or alternative energies onto taxpayers and off of the companies that stand to benefit from the expansion, thanks to the Federal Energy Regulatory Commission.

What You Should Do Now!
While the Senate CS voted yesterday to pass SB 207, it has yet to be taken up by the entire chamber. Governor Jay Nixon has already endorsed the bill, according to the MBEF. There is still time to petition your senate representative. Here is the link to locate those elected officials.

I have written both Claire McCaskill and Roy Blunt the following: Honorable Senator, I am writing to express my objection to and concern over Senate Bill 207. This bill threatens to weaken consumer protection against utility rate hikes at a time when personal and family income is under attack by increasing fuel costs, rising food costs, and increases in property taxation. I appeal to you to protect consumers’ rights by denying utility companies the ability to increase rates on planned projects under CWIP. No other state has granted such sweeping rate powers to utilities as a bypass to established law and practice. Please, for myself and my family, vote down SB 207! Sincerely….
Posted by Unknown at 7:45 PM No comments: